I really enjoyed learning about pigs. A few interesting facts I learned about them were that pigs skin is very sensitive and so one of the reasons they roll around in mud is in order to prevent getting a sunburn. Piglets can learn their mother’s voice and their mother’s will often sing to them to try and get them to fall back to sleep. Another interesting fact is that pig blood could keep humans alive if it was transfused into one’s body. The last and most shocking fact I learned is that pigs can supposedly be taught how to play video games!

Dogs were also interesting to learn more about. Dogs, while used in various aspects of research, have been seen to be especially useful in studying psychology. One myth I found especially fascinating was that Australia’s famous red rocks were believed to be the blood of a dog (Marindi) who dies battling a lizard. 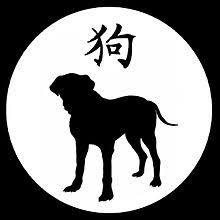 Rooster-Chickens have been important in understanding more about cancer especially because one of the “first cancer causing virus” was found in chickens. Chicken eggs are often seen to be used in research, influenza vaccines are actually created or produced in chicken eggs that have been fertilized.