The waggle dance is a form of communication used by honeybees to convey the location of food source. Honeybees manipulate two variables in their dance to accurately locate the food source: direction is encoded in the angle of the dance in relation to the sun (i.e., vertical direction), and distance is encoded in the duration of the dance, with one second waggle equating to a forging distance of 750 meters. Due to the great distance between the sun and the earth, the sun remained fixed relative to the bee’s motion. Therefore, during their dance, honeybees can use the sun as a reference point to orient themselves and remain a constant angle relative the direction of the sun. 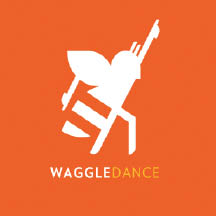 The waggle dance reflects a profound capacity for communication among non-human animals. Animal communication is just one of the many evidences for animal consciousness. Although we like to assume that consciousness and intelligence are unique attributes of humans, a vast number of researches have suggested otherwise. Particularly, research on neuroscience revealed brain structures in animals that are similar to the structures responsible for consciousness in humans. These neural correlates between human and animals suggest that animals are capable of experiencing at least a simple level of consciousness. Consistent with this, experimental studies on classical conditioning suggested that animals are capable of learning contingencies that requires conscious awareness. Particularly, animals learn to associate one stimulus to another in a logical relationship, and exhibit specific behaviors that reflect their knowledge of the association. In this sense, the ability to perform classical conditioning is not merely reflexive, but involves certain level of intellect. Additional research suggests that animals are capable of explicit learning, or are “aware of what they are aware of.” Among humans, explicit learning is tested by having the participants report their knowledge (i.e., declarative memory). On the other hand, since animals cannot verbalize human language, researchers resort to other means of communication such as having the animal select which visual patterns or object they had previously seen on a touch-sensitive screen. Although this procedure bares limited resemblances to the form of declarative memory observed among humans, it nevertheless revels the capacity for animals to indicate “a memory about a memory.” 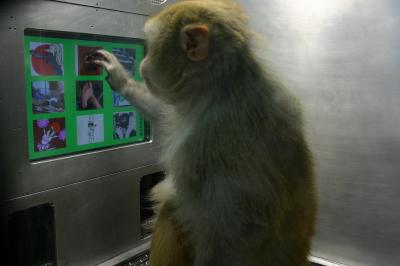 Interestingly, research also reveal incidence where animals report subjective experience. In this sense, animals are not only capable of knowing what they know, but can also actively express their knowledge. Particularly, dolphins can learn to gesture to various objects by orienting their bodies toward the objects. Similarly, parrots can use their limitation of human words to request for things or even answer questions. In the case of waggle dance, honeybees can actively manipulate the timing of the dance to communicate the desirability of the food source, such that a shorter dance cycle conveys high desirability.

The results from these studies challenge our intuition that the lower down the evolution latter, the stupider the animals. Perhaps it all depends on how we define intellect. Is it the ability for language and documentation? The awareness of subjective experience? Or a sense of self?

The fact that many forms of communication exist among animals led me to wonder whether animals are capable of artistic expression or creative process, one of the greatest avenues of communication among humans. Perhaps the answer to this question would be similarly depended on how one defines art.