My Life Sciences 1 class recently taught me that fungi are neither plants nor animals, however Peter Lu’s project showed me how these organisms can in fact be art. Peter Lu’s exhibit titled “Mushroom Solo Show” was unlike anything I have ever experienced. The exhibit itself was constructed in a room concealed by a full black curtain, invisible unless you ducked under the small opening.

Thursday’s class regarding DIYbio and its varying applications really made me second guess the way biology (and science in general) is perceived in our society. Just as Mary and Mick pointed out, aside from the plastic “science kits” one can find in the toy aisle, scientific experimentation is reserved for an ultra-specific class of people: the experts.

In lecture today, DIYSECT, DIYbio, and bioart ethics were deeply discussed in addition to our first Foraging experience. Meredith Patterson’s book entitled “A Biopunk Manifesto” was also mentioned. I investigated the idea of Biopunk/hacker culture for my blog post because I originally related the term “hacker” with a bad stigma. Contrary to my original assumption, I learned this is far from the truth.

"The jurors are deliberating, the producers are scheduling, the artists are creating, the kids are playing and the programmers are developing. Wherever you look—Prix, Festival, Futurelab, Center or Solutions—there are noteworthy happenings in every one of Ars Electronica’s divisions. So feast your eyes on the latest newsletter to get updated on our current activities."

My first impressions and thoughts regarding my initial encounters with this subject was awe and interest. I had rarely considered that science and art is an up and coming field and its own industry. I had heard of images taken in lab being made into paintings and show pieces and even in my own laboratory that I volunteer in, many of the pictures in the hallways are pieces of art of cells or images related to the research study. I was even forwarded an email invitation by the David Geffen School of Medicine to submit pieces to The Beat, DGSOM's journal of arts and literature. I did not realize until the first class meeting that it is more than just a hobby and more than just a coincidence that certain people have passions for both science and art, bringing the two together. It is a very interesting and eye-opening field that many people have been involved with for many years.

Photo Credit: Shankar Iyer; Thao Nguyen Lab, UCLA. This is a photo of neonatal rat ventricular myocytes that an undergraduate in my lab took.

Photo Credit: Minu Madhvani, Shankar Iyer, Himani Madnawat; Thao Nguyen Lab, UCLA. This is a photo of a myocyte immunostain that I mostly performed by myself for the first time to test an antibody. I thought this looked interesting in relation to how I prepared the slide for imaging.

Photo Credit: Unknown; this is a picture of an micrograph of heart cell membranes that is in the hallway on the wall just outside the lab I volunteer. I thought it was pretty cool.

When discovering the film Strange Culture, I did not realize that biotech+art is a significant field that it has and still continues to garner government concern in certain areas such as bioterrorism. It also is a bit disappointing as this field is very innovative and beautiful can be manipulated and viewed as somewhat of a threat. Art in general provides a medium for expression, and it should be no surprise that such lack of limitations and freedom of expression can trigger controversial responses to certain works. Biotech+art pieces can generate and make strong statements, which can build much interest towards the work as it is the subject of discussion, but can simultaneously hurt whatever the piece is trying to represent. Nevertheless, it was interesting to learn that this field, although fairly new, has been around long enough to be on the government’s radar.

I am most excited to learn more about biotech+art and its application to food. I had previously taken a class discussing food and health on a global perspective and it will be interesting how food, especially genetically modified organisms (GMOs) play into art. In addition, food is a very important part of life and existence, making it even more intriguing. I am very excited about this class not only because it bridges two of my passions, but it also connects the two fields of science and art in a meaningful manner. Often times, art and science remain separate but to see the two come together and create works that are meaningful and relevant to everyone is remarkable

When first enrolling in this class, I was immediately enticed by the prospect of my two favorite disciplines, science and art, being combined. I've always had a passion for both and wondered why they weren't taught together. There was always the stereotype that art and science were polar opposites--that art was reflective and that science was factual experimentation--but I personally always saw them as building upon each other and both unable to survive without the other, which isn't a completely new or farfetched idea.

Science is often viewed as a purely objective discipline, one where only tedious work and boring repetition of standardized tasks can produce meaningful results. Art, in contrast, tends to represent a perspective based on subjectivity and reckless abandon that may or may not hold meaning. When I had first heard the phrase “biotechnology and art”, I had initially thought of the illustrations scattered throughout my science textbooks over the years.

During week 2 visual artist, Mark Lorusso introduced how nanodiamonds can potentially aid in the treatment of cancer. He explained that nanodiamonds are produced from carefully controlled TNT explosions and formed from the result of heat, pressure, and acid. Nanotechnology offers an innovative method to detect the onset of cancer cells much earlier than other methods of cancer treatment. As shown in the in class video the scientist said, “nanodiamonds are resistant when exposed to chemo, it is as if they have some kind of protection or armor. 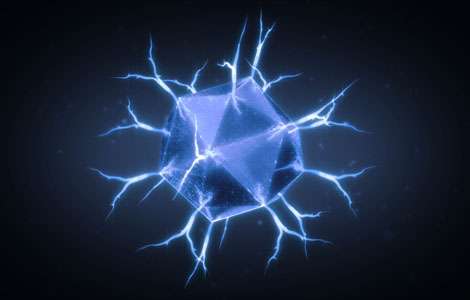 Last Thursday, Mick Lorusso, was kind enough to share some of his art work in nanodiamonds with us. The first thing we need to address is, “What is Cancer?”. The answer to this question can be as simple as, “Cancer is a type of disease that is a result of uncontrolled cell proliferation that eventually vexes the individual’s health”. However, the above definition is how I would generally define cancer. In actuality, they’re many cancer types and cancer diseases; to that end, many approaches to treating cancer.

This week we once again explored the fascinating intersection between science and art. We even took a step further, looking at the implication of art in the treatment for cancer. Like many, I tend to think of art as something tangible and concrete, or something that pertains to the senses, like a piece of production that is excites vision or a melody that is pleasing to the ear.

Role of Nutrition in Cancer Prevention and Treatment